Two gable ends conquered, we return to the middle gable which holds the hearth. 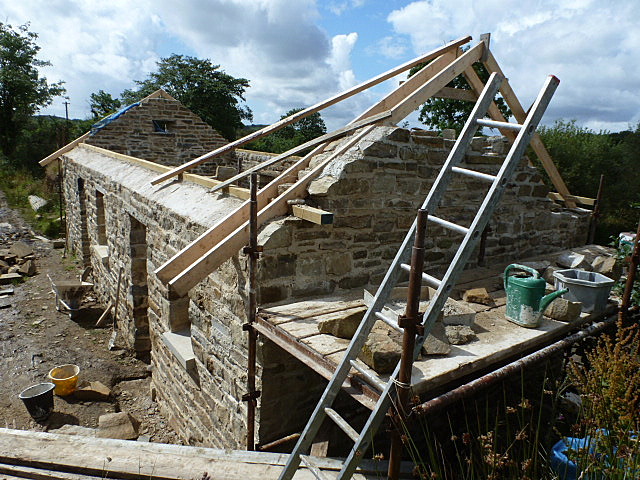 A bed of mortar is laid where the clay flue pipe shall rest within the chimney. 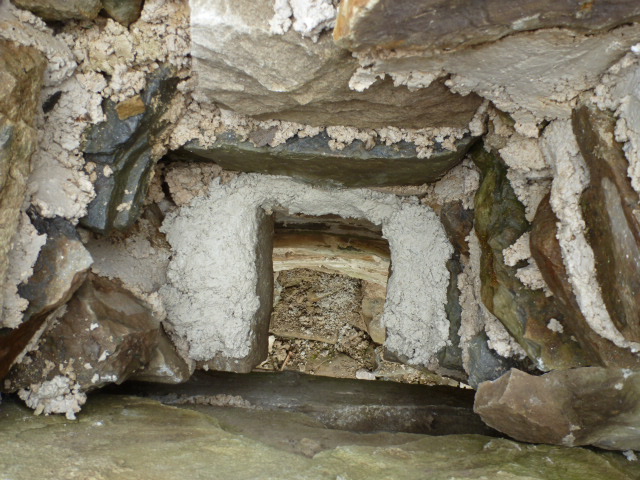 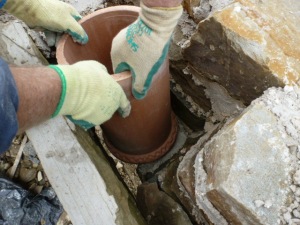 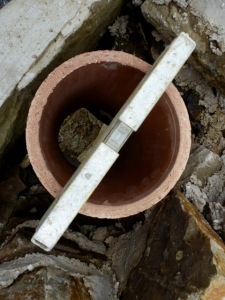 Set the pipe in place and level it – then fill all gaps with slips of stone loosely placed around the lip of the pipe with a wee bit of mortar (below). 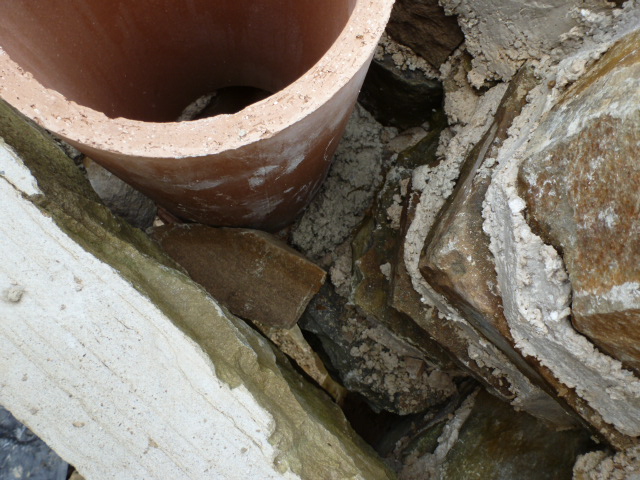 As seen from beneath by looking up the chimney (below) – no gaps! 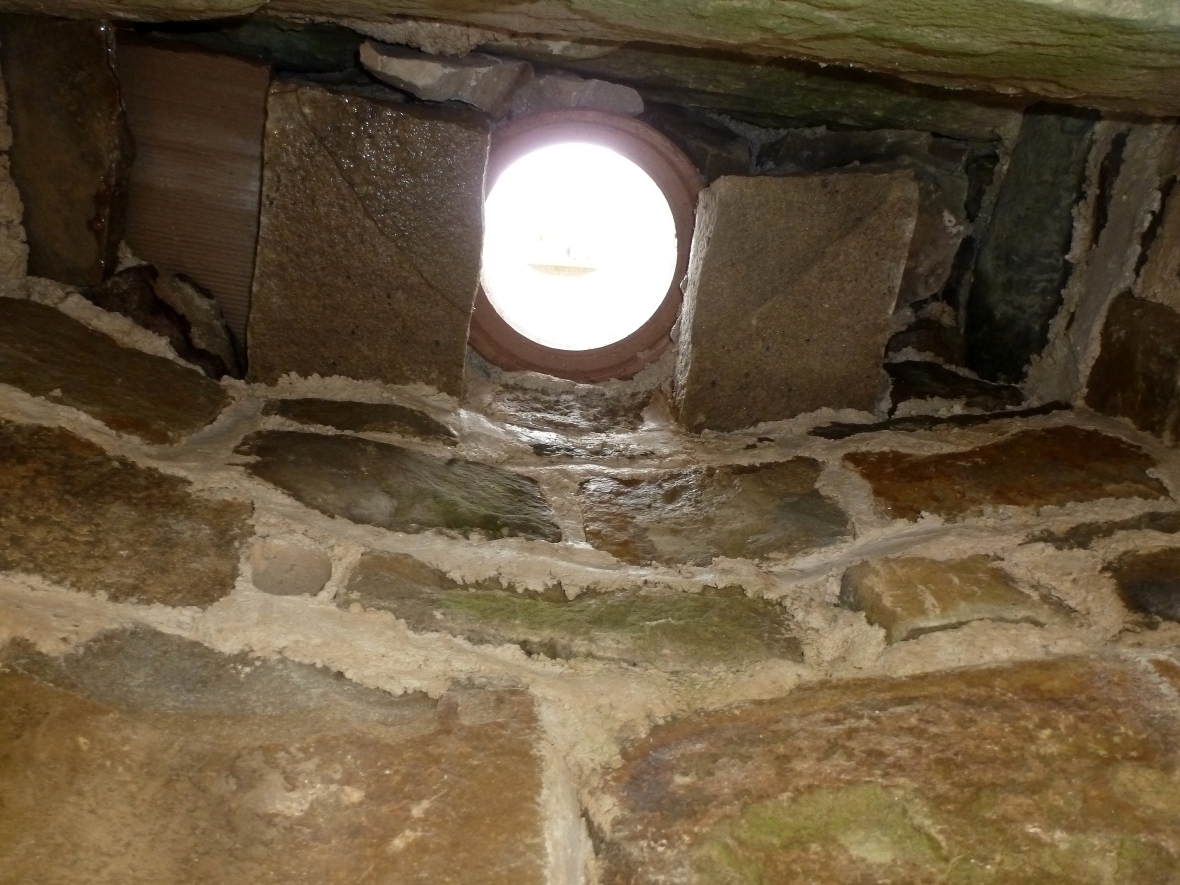 The space surrounding the pipe is then filled with a dry mix (2/1 ratio) of coarse sand and ordinary hydrated lime (below). This will facilitate heat expansion of the pipe. It should be covered & kept as dry as possible as building continues, adding pipe sections & liner as it grows. Don’t be tempted to use rubble as that would create hotspots. Neither be tempted to use cement as this would lead to cracking. 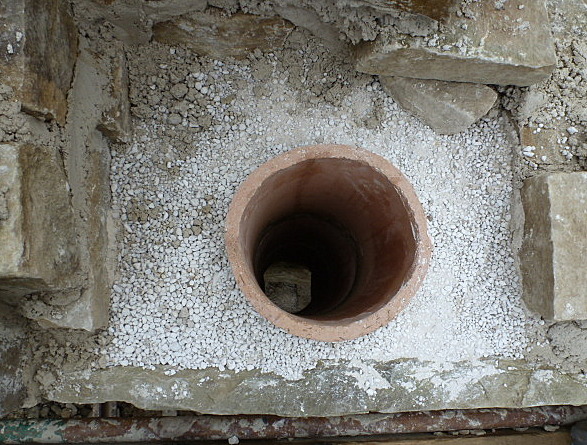 A slight chill creeps into the air and the swallows not yet departed – they gather themselves on telegraph wires to make plans. 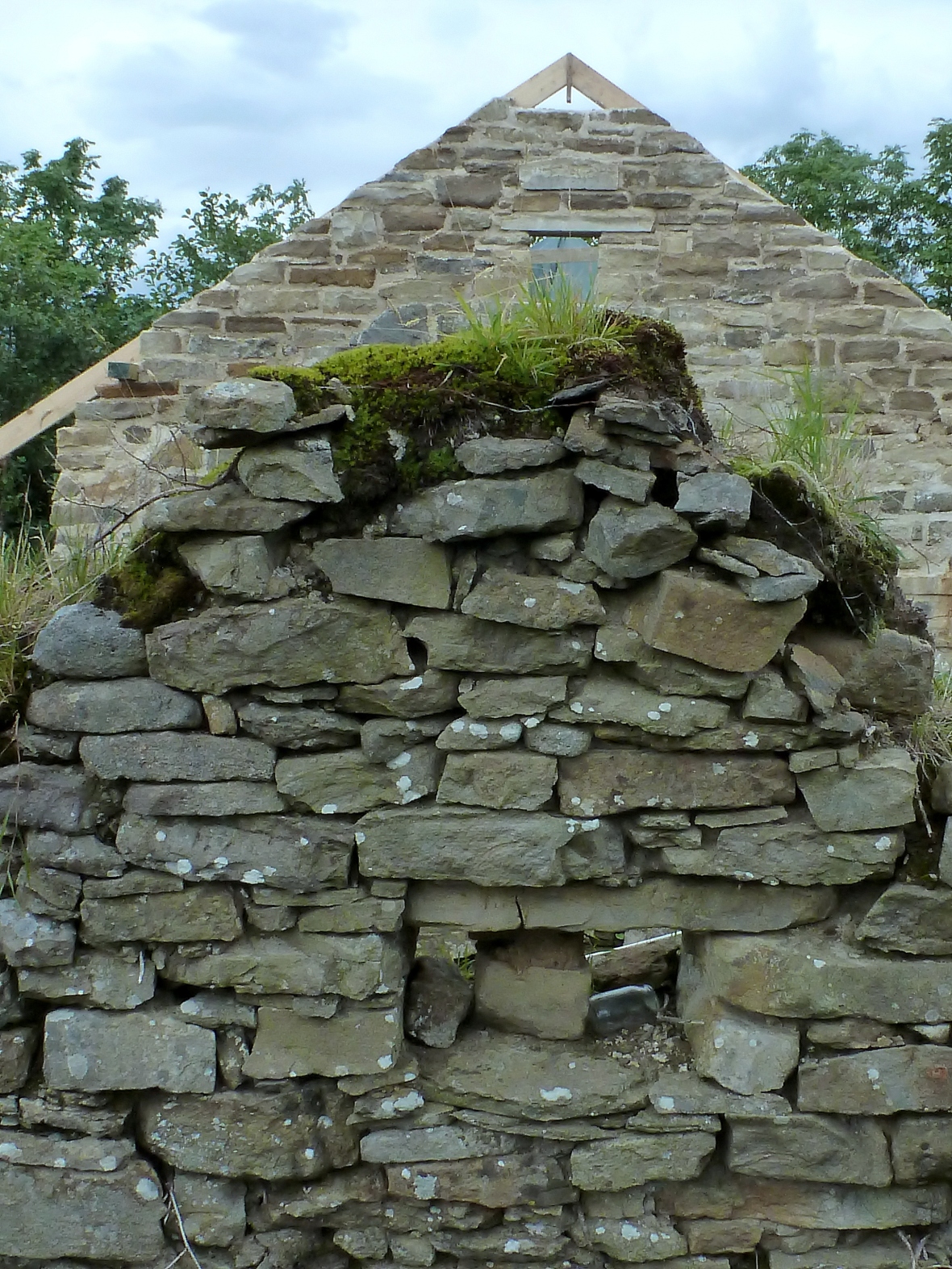