We went to Guédelon in the Burgundy region of France where we got involved with experimental archeology at it’s best.

This is a 1350s castle built using medieval materials and methods.

It was pretty exciting to approach the castle in early morning, with the gate not yet opened to visitors. Our guide, a Dutch man with perfect English, began a tour of what would be our workplace for the next few days.  Pat admires the wrought iron door armor.

This Medieval measuring stick is one of the most fundamental tools on site. Before inches and centimeters, the masons worked in finger widths, two fingers; a hand span; an arm span – as is marked on the stick. The template was based on the the King’s anatomy. 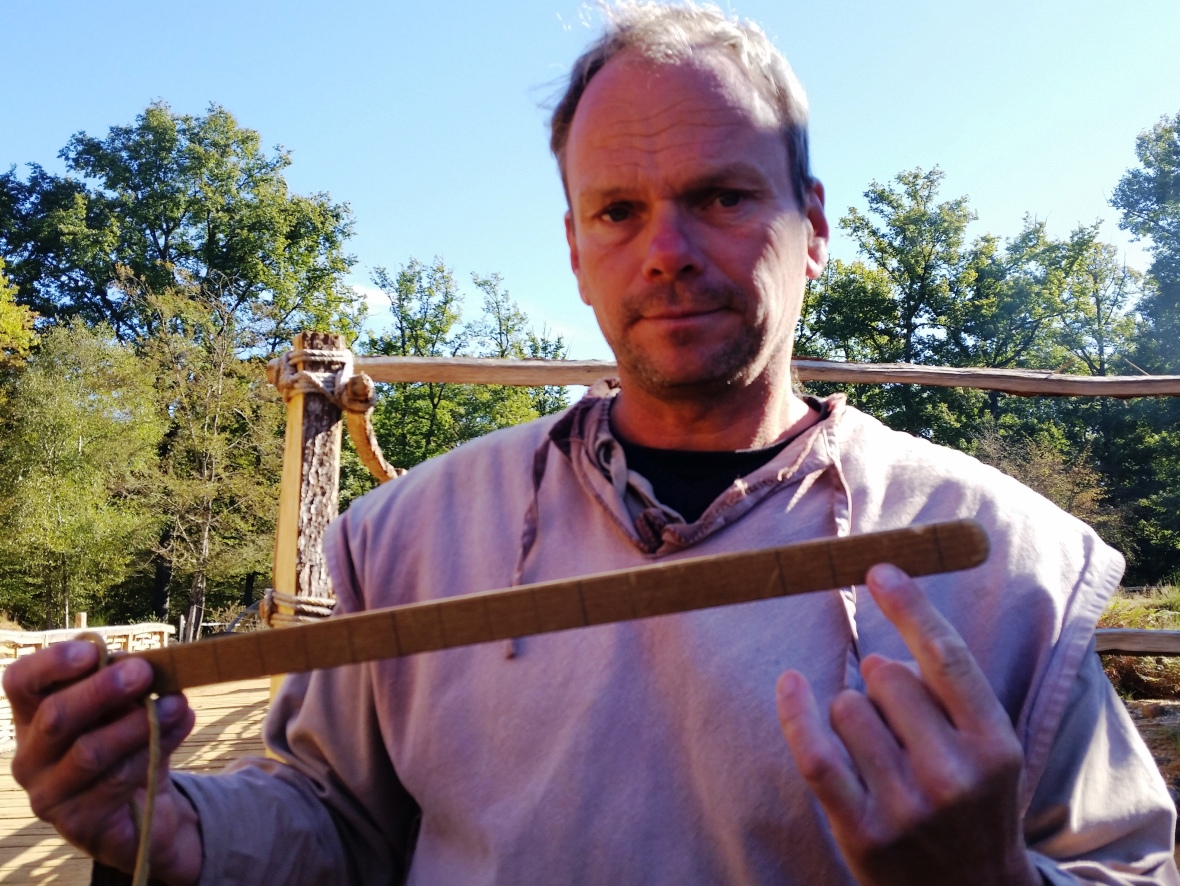 We step inside one of the vaulted towers.

The project, now in it’s fifteenth year, began as partly state funded, but has grown to become completely self sufficient, with 300,000 tourist footfall per year! 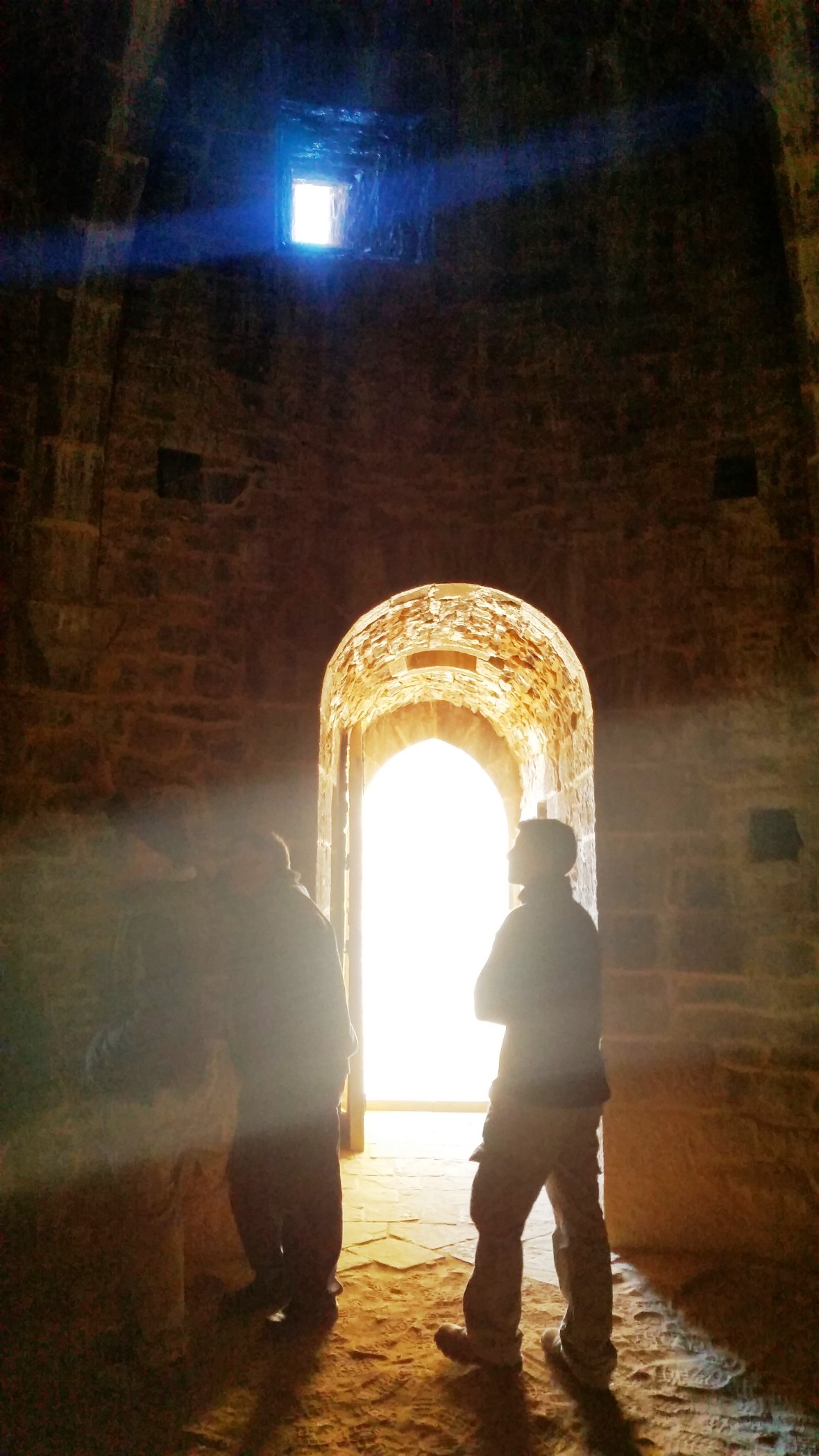 The site itself was carefully surveyed prior to embarking on this massive build, and found to have enough stone, wood, sand and water..

An estimated 180,000 cubic square meters of stone is required, all quarried on site. This is iron rich sandstone. White limestone for the fine work (windows etc) is brought from elsewhere.

All scaffolding without exception is timber. The base of the castle walls are about 9 feet thick, and the mortar contains more clay towards the center. 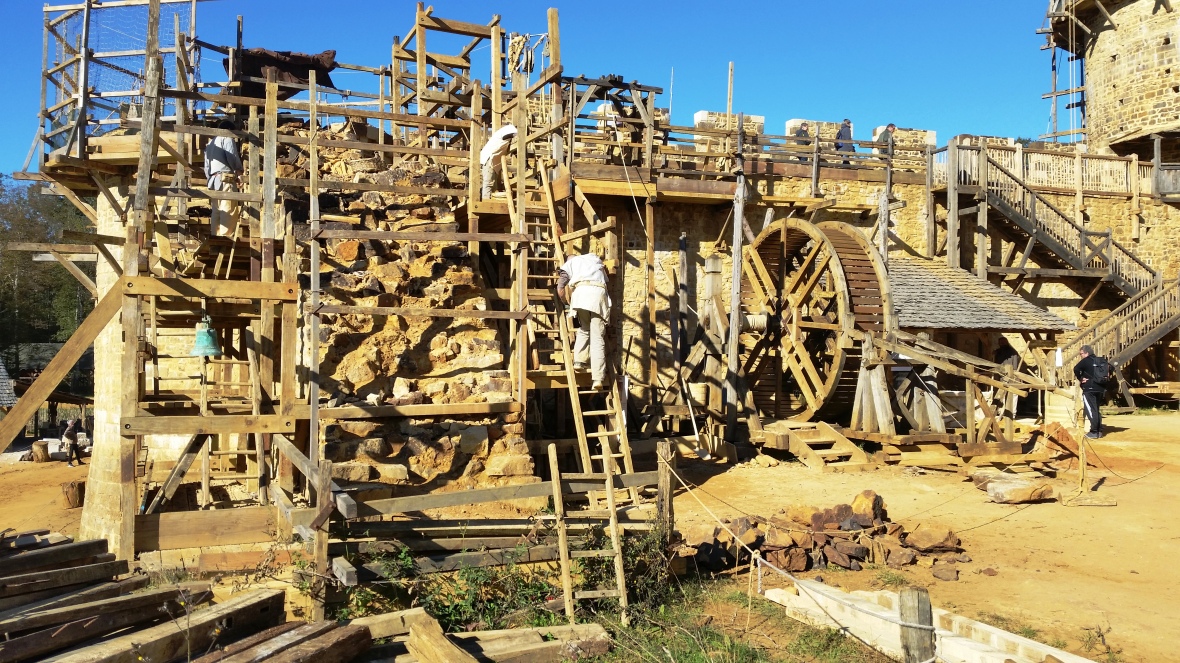 The Forge, where all tools are made and sharpened 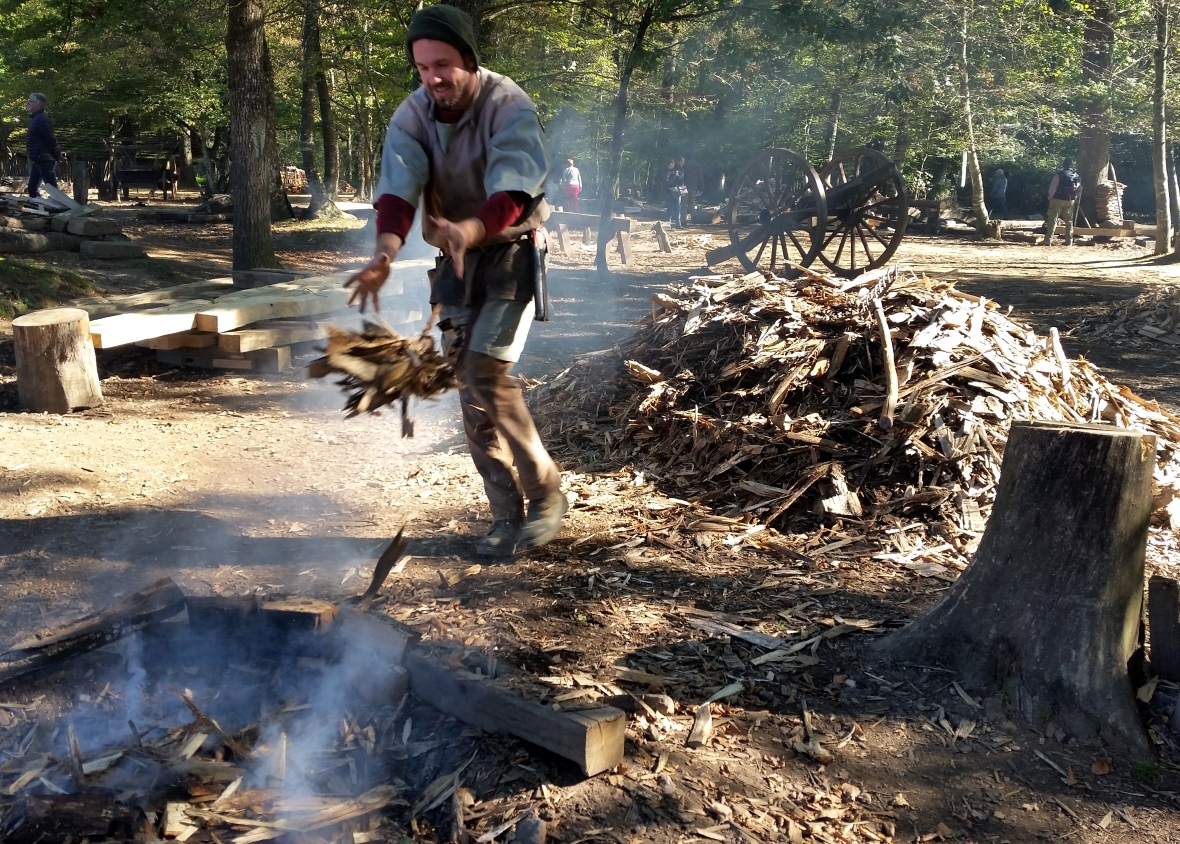 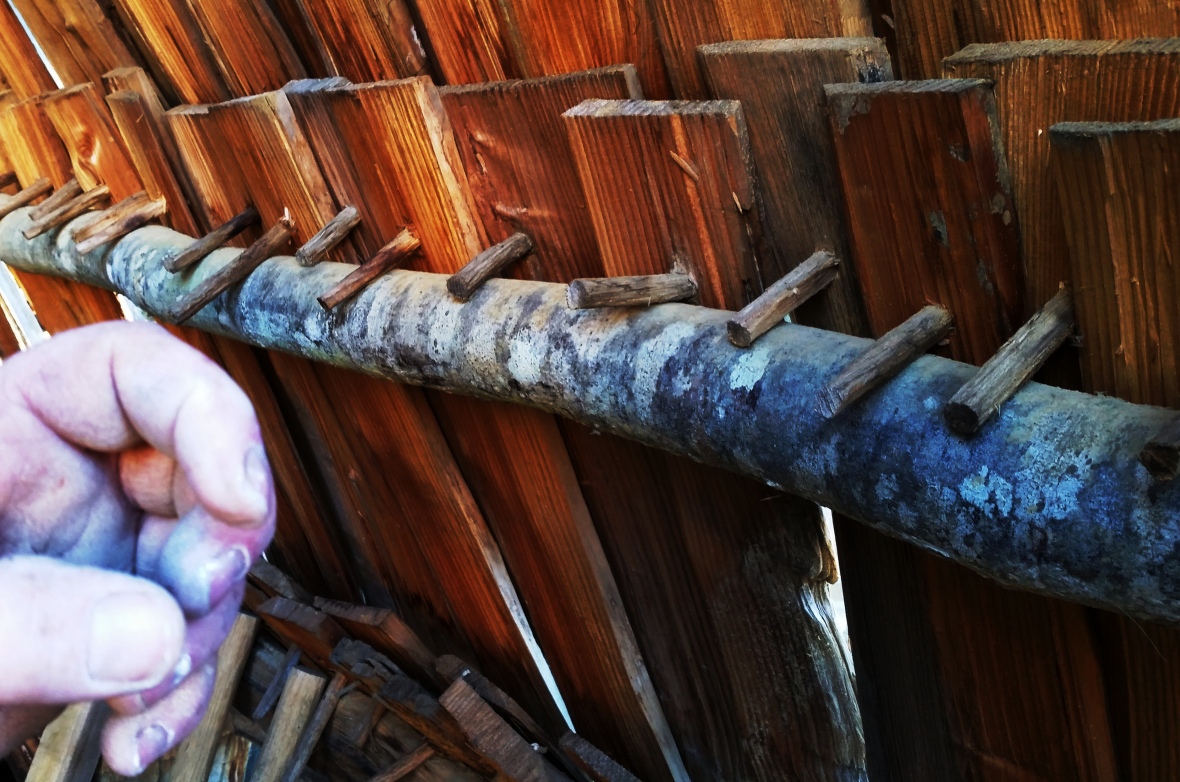 Below  is L’Atelier de Batisseurs (the Architects Workshop) where mathematics and form work is  designed.. 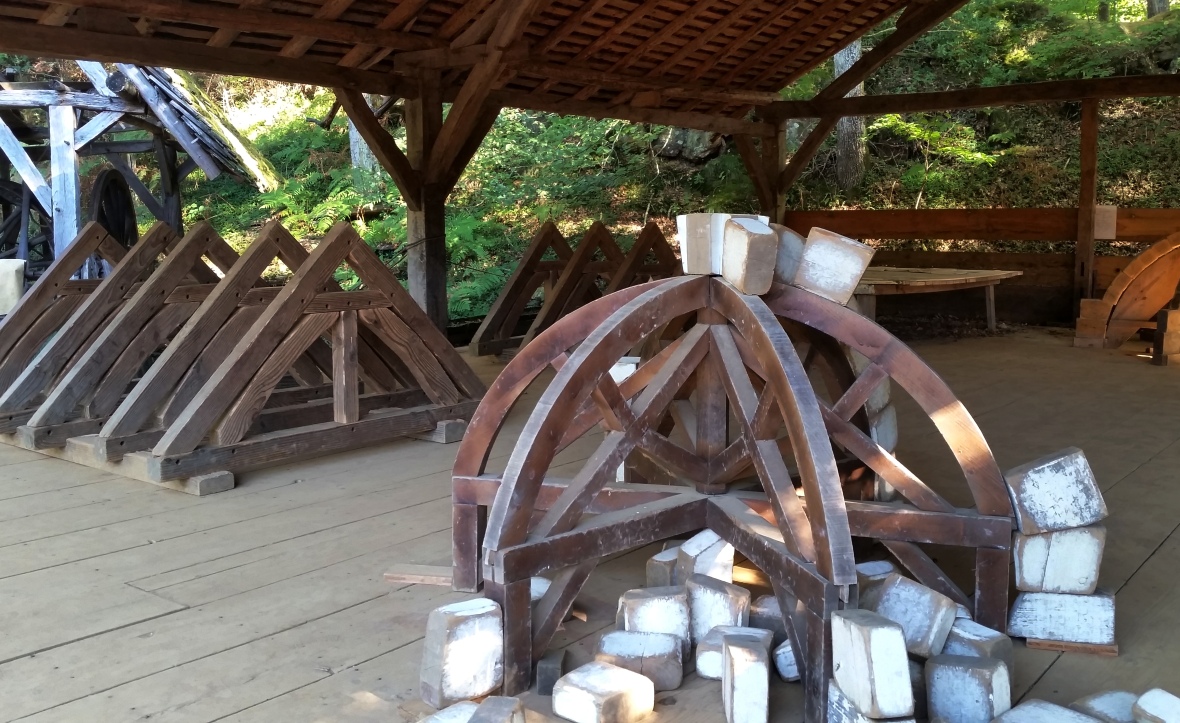 …which supports the vaulted ceilings of the towers.. 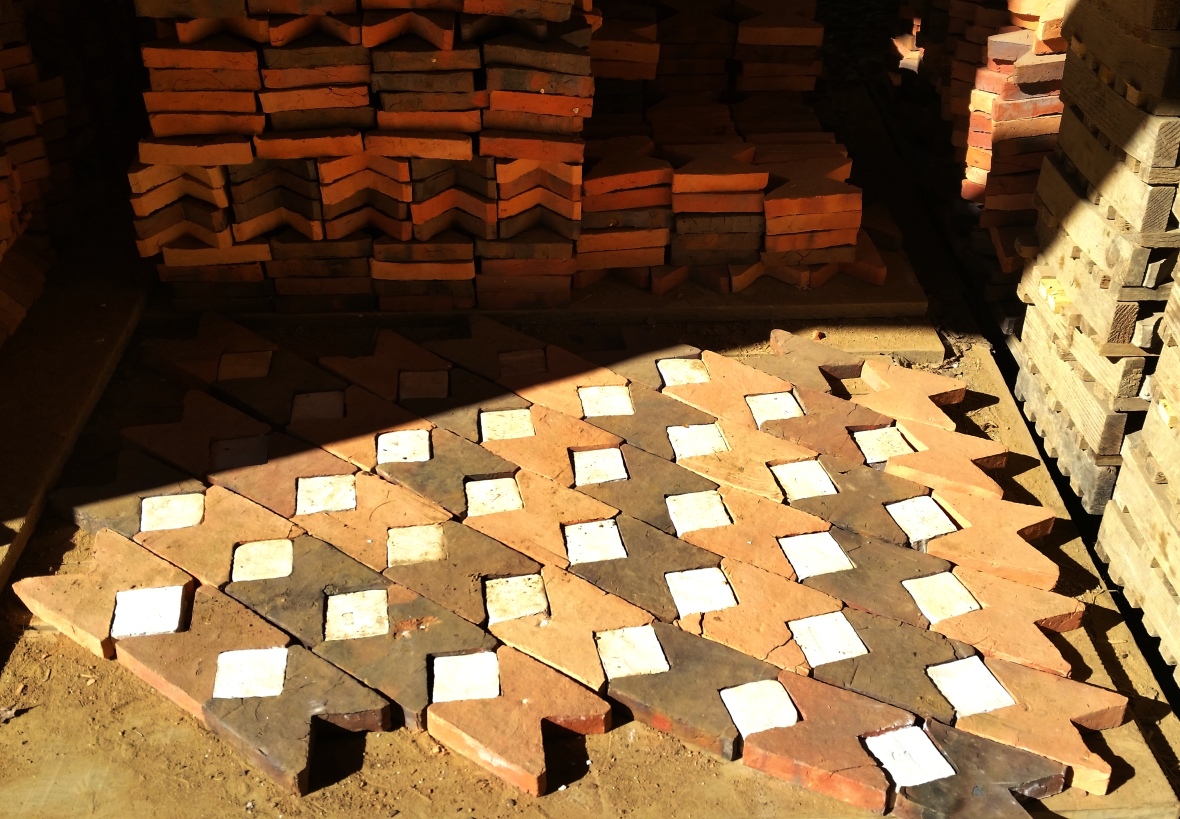 They fire their own terracotta tiles, and burn lime.

Many traditional skills like dying, basketry, rope making are established on site 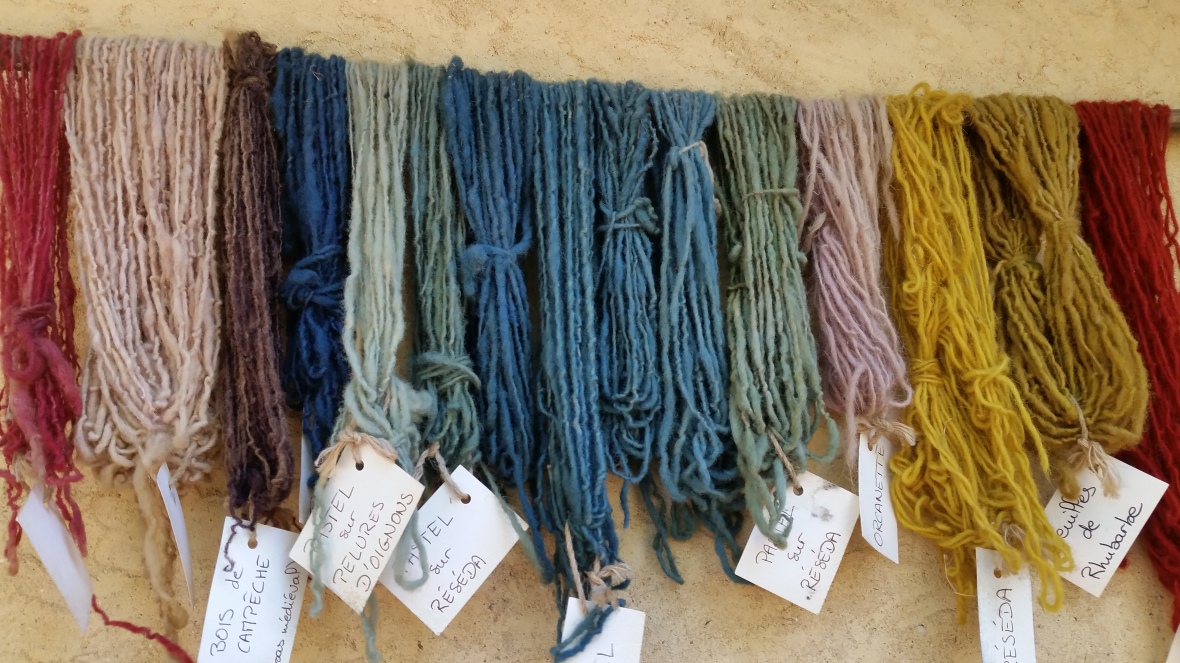 Stone is moved by horse from the quarry..

We put on our linen tunics and set to work!

12 thoughts on “How to build a Castle”