January seems like a very long time ago, with remarkable events since globally, suffice to say that you ‘could not write it.’  Yet, in January on the western shore of Lake Como we rebuilt ancient dry stone terraces with a group of wonderful people.  We admired the excellent conservation practices of the Italians who treat their heritage buildings with respect and skill.

Our hosts invited us to the port town of Moltrasio, famous for its stone, where a trail has been opened by the Italian Alpine Club; Sentee di Sort. It climbs steeply above the town past broken terraces.

Huge slabs on the trail betray the past quarrying industry here. Dense and uniform in its stratification, and very useful for building, castles, walls and towers of the city of Como were built with this limestone.

(Photo by Paolo Andreani: Pat and myself )

Our guide is local photographer Paolo Andreani who knows the area like the back of his hand.  Now abandoned, the quarries between Moltrasio and Carate Urio are documented to have been worked since 917 AD, but probably have ancient origins. A copper axe from 2000 BC was found here.

(Paolo Andreani at the entrance of a hillside hut)

Stone played a decisive role in the economy of the region since the C14th. ”Piode” or thin slabs were quarried for roof coverings, as well as ashlars of calibrated size, and blocks prized by sculptors.

The most intense exploitation of the quarries was from the early 1800s until their decline after WW2. As we climb higher the quarry structures loom taller.

A network of passages..

emerge into even more extensive works of debris containment

Up here at approximately 270m 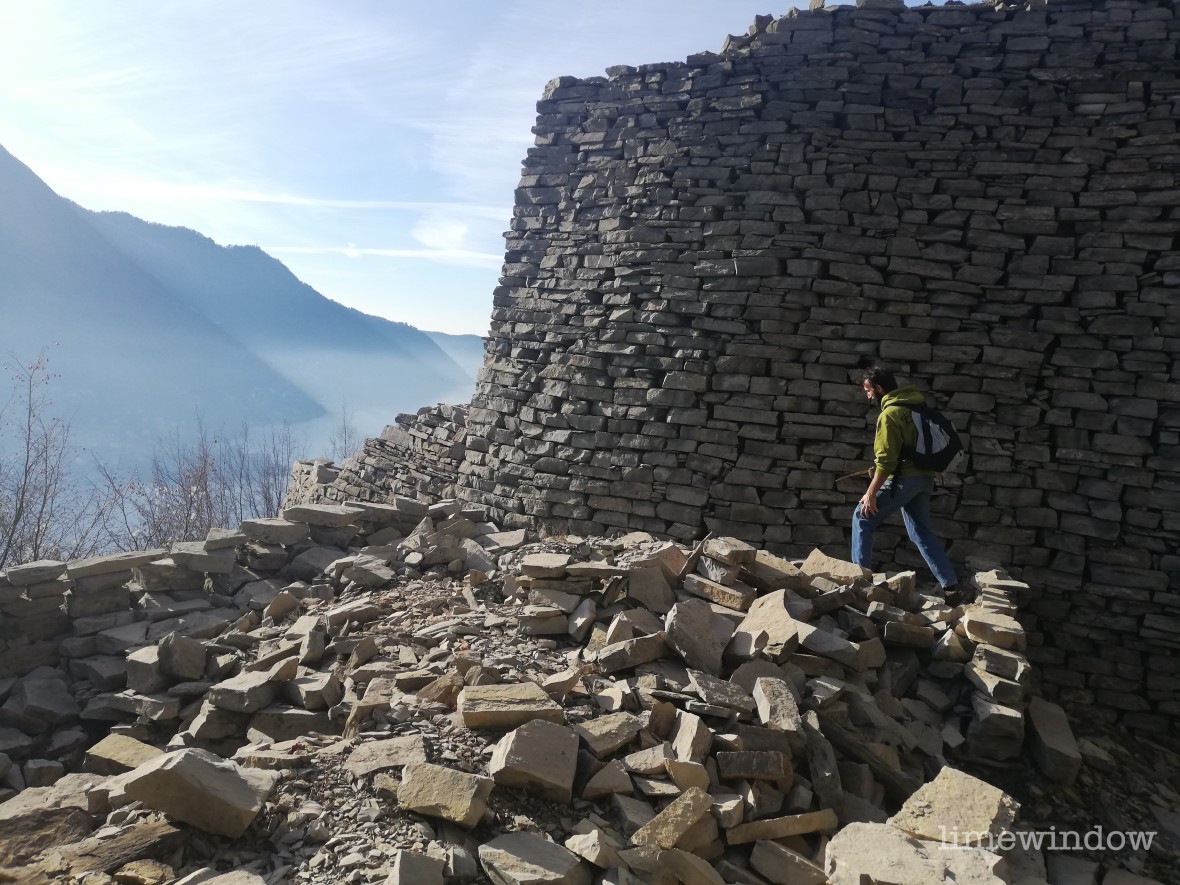 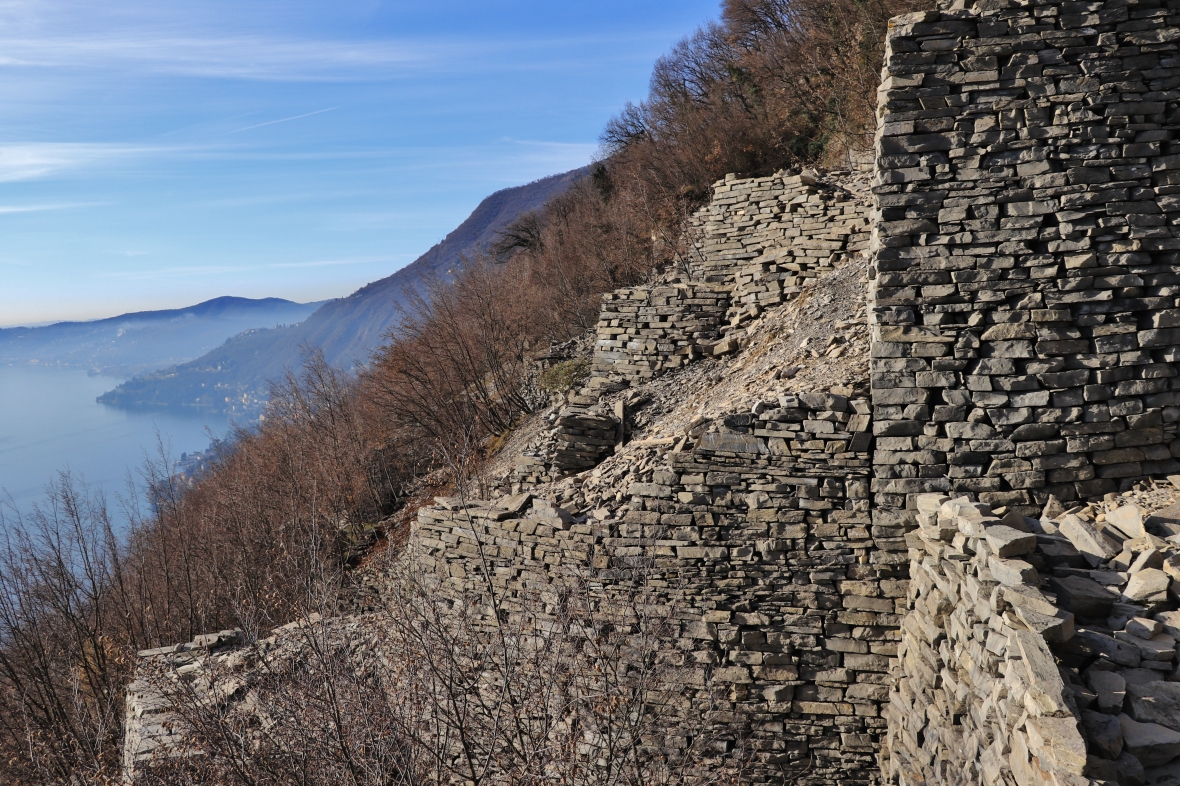 This is the quarry face.  An old gin pole, guy ropes still taut in places, was used to move loads laterally, controlled by a pulley. We notice a rusty gearbox and hood, beneath which is an old Moto Guzzi motorbike, used to power the operation.

Manufactured on the other side of the lake ‘over there’ where the bikes are still in production today.

Stone was extracted by traditional peg and feather method: ”puntata”.  Saw and wire were also used, whereby cuts were made in blocks with a metal cable in continuous movement.  When explosives came in, holes of up to 10 meters deep were drilled, to hold it.

The tunnels were the route to haul stone from the quarry face through the debris buildings. This was done by sledge, pulled by mules and donkeys, or by the men themselves.

Working conditions for “picapréda” (stonemasons) were dangerous and harsh, in blistering heat and frosts of winter.  After WW2 there was a decline in demand for stone, and sadly a lack of labour due to death and emigration. What remains here is the legacy of a people who struggled to progress their lives. 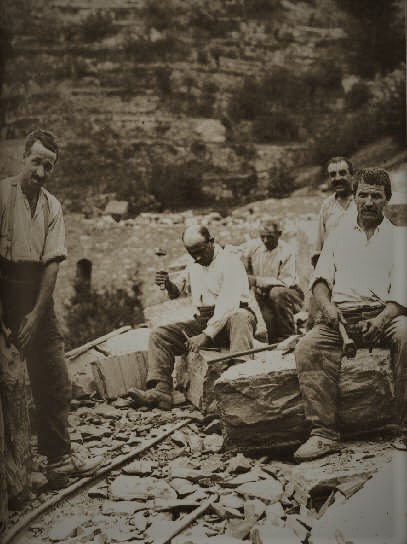 Going down is hard to keep a secure footing. Transport of stone must have been tight work, with men pulling on ropes secured to the sledge to keep gravity in check. 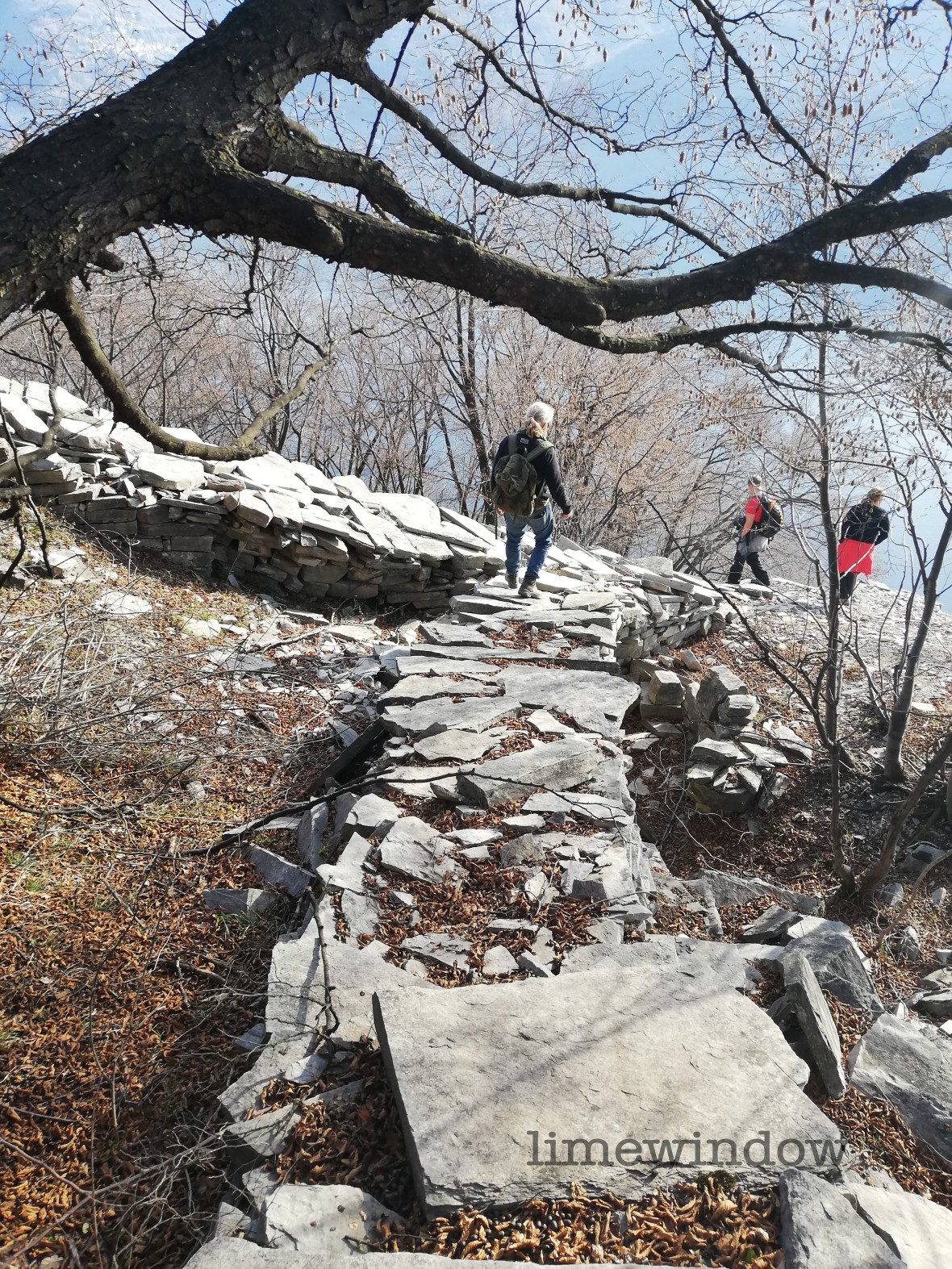 Scars from the sledge runners remain.

When they reached the little streets of Moltrasio below

the stone was shipped by gondola to ports in Como and further afield. 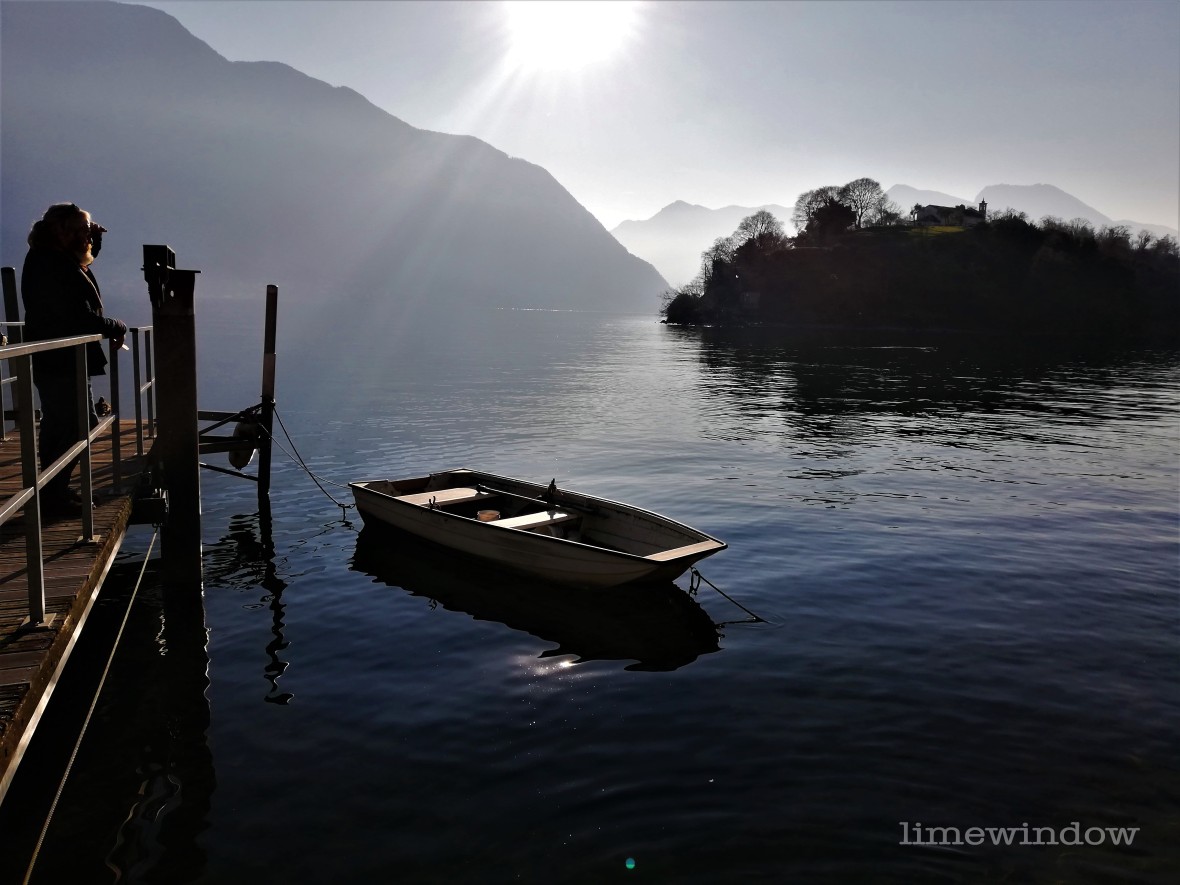 11 thoughts on “The Stone of Moltrasio”