Welcome back to Donegal.

Tucked away in bog lands lie the quiet waters of Loughadoon. 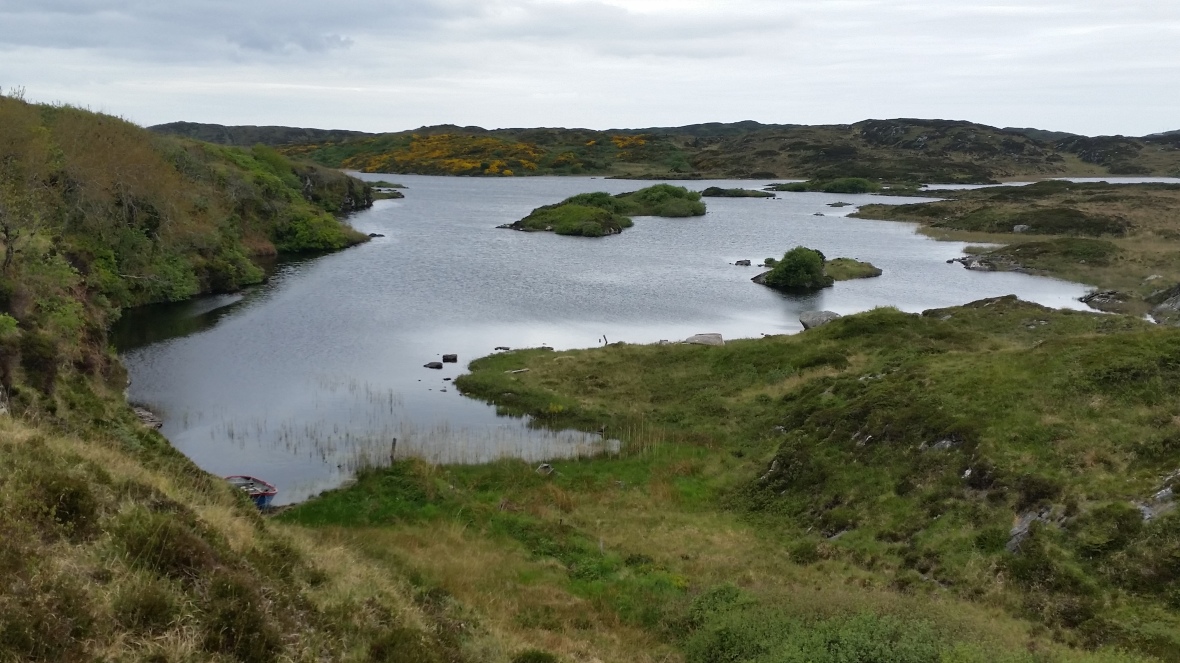 Accessible only by rowing boat, this lake is home to a hidden treasure.

A beard of lichen covers it:

‘splendid in scale – evocative in power’

It is unknown in which century Doon Fort was built, but it is one of thirty massive dry stone forts, which have become known as “Western Stone Forts” that are located along the Atlantic seaboard, from Spain and Portugal, right up to Scotland.

Yet Doon is the only one of its kind to be built in the middle of a lake.

This cashel is not circular but oval.

Photographs do no justice.

An amphitheater rather than a defensive structure?

The walls are battered and measure 4 m thick at the base & 4.8m high.

It can be seen here that works were carried out in cement in 1955 but otherwise the structure is utterly untouched.

The stone is schist and smallish in size, apart from large flags reserved for steps, of which there are four flights, which lead to the parapet. 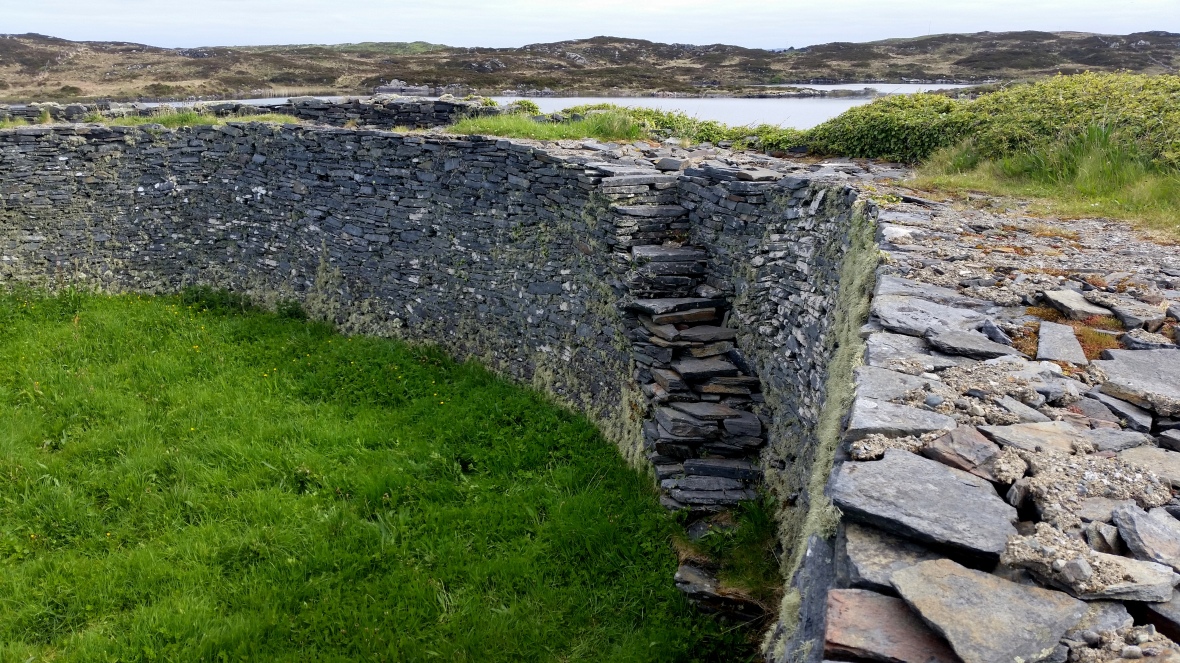 Pat Mc Afee talks with archeologist Paula Harvey about the vulnerability of the fort.

Pat reckons the fort has five years before it falls beyond repair.

Mural passages run inside for about six meters.

As a child I explored these ancient creeps and their mystery never left me.  They were built for small folk.

Paula Harvey along with the Ardara & GAP Heritage Group bravely applied  for the Adopt a monument scheme under which a community group undertakes to care for a heritage site.

They won the competition – yet now find themselves at the beginning of a long-term battle with bureaucracy in order to save Doon from its fate of collapse.

John Remington Shaw from Canada rummages in the ivy for stone.

Species ”hedera hibernica” is on the rampage in recent decades, possibly due to global warming. It doesn’t contain itself to dry stone structures alone but also feeds on medieval lime mortar causing the same type of destruction 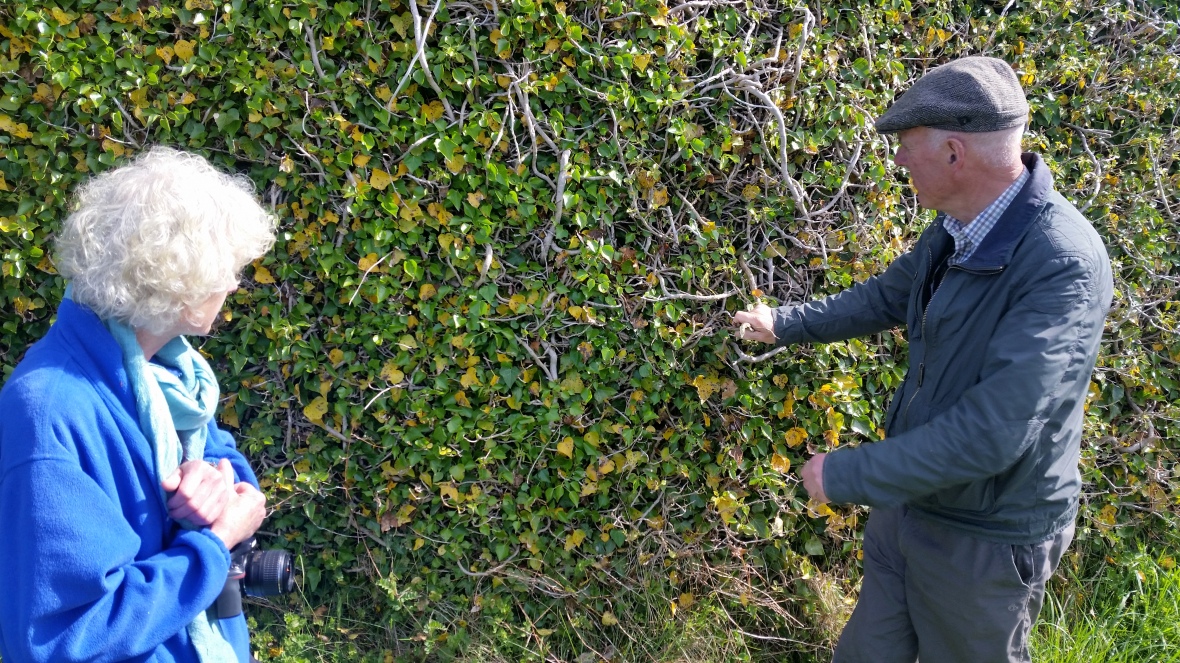 This has resulted in collapse on the northern face

Pat is confident it would take only a handful of skilled masons a few weeks to repair.

So we must find a way to make wheels turn. All work here is carried out only with the kind co-operation of the Mc Hugh family, owners of the site.