with its striking juxtaposition of colonial buildings and modern architecture

I immediately stumbled upon Munn’s Slipway

made from beautiful pink and orange banded sandstone

In Melbourne I met up with Realene Marshall of the Dry Stone Wall Association of Australia who very kindly took me on a tour.  A rarity in these parts is Overnewton Castle built by a Scottish colonist 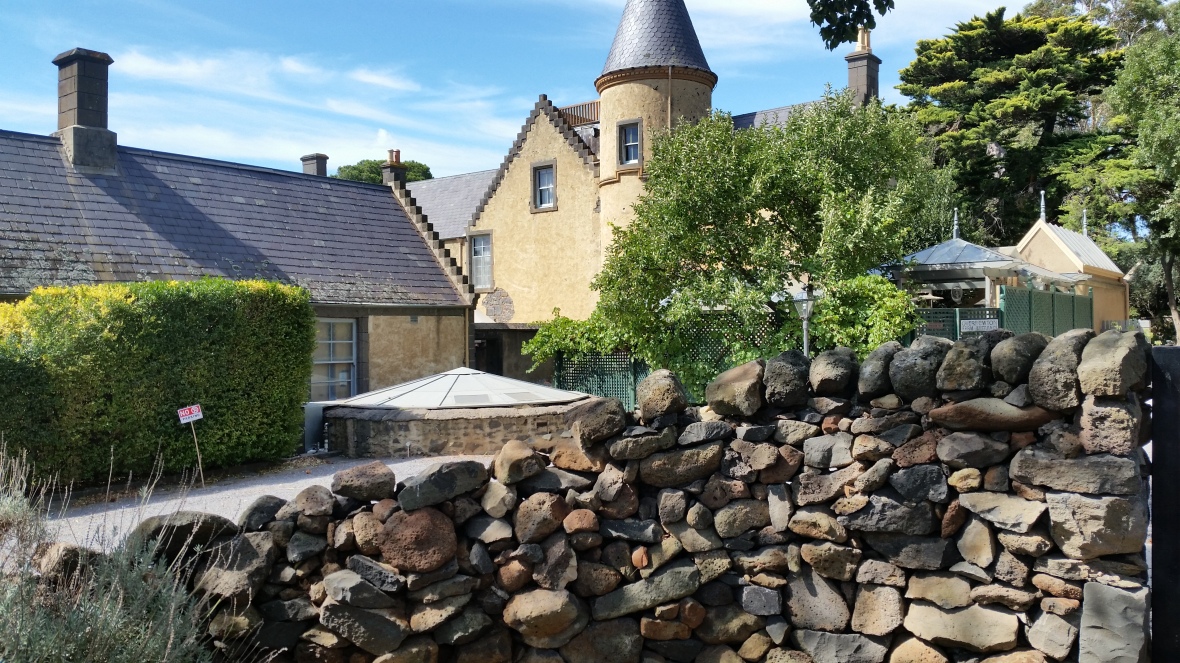 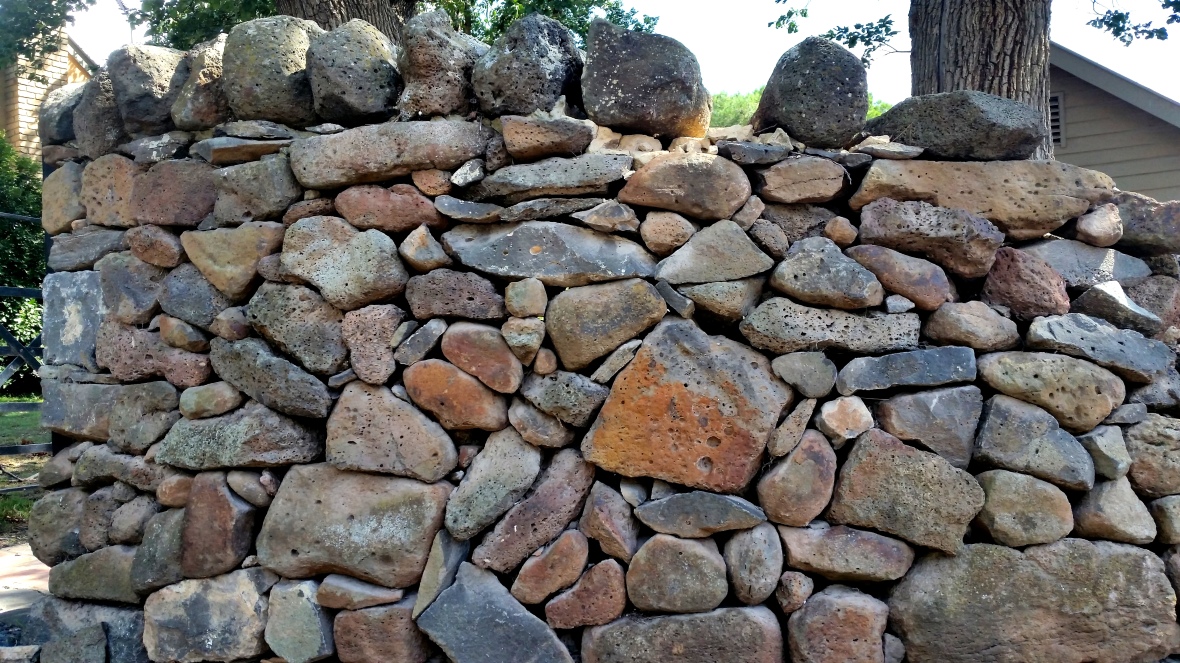 The goal of DSWAA is to survey these walls & legislate for their protection – a massive undertaking but one which they are well placed to see through, given the academic status of core members.

In sharp contrast to Ireland there is a lack of manually skilled stone masons here, to carry out the actual building skills.

I caught a train to Wagga Wagga –  a place which has retained its Aboriginal name meaning ‘lots of crows.’ 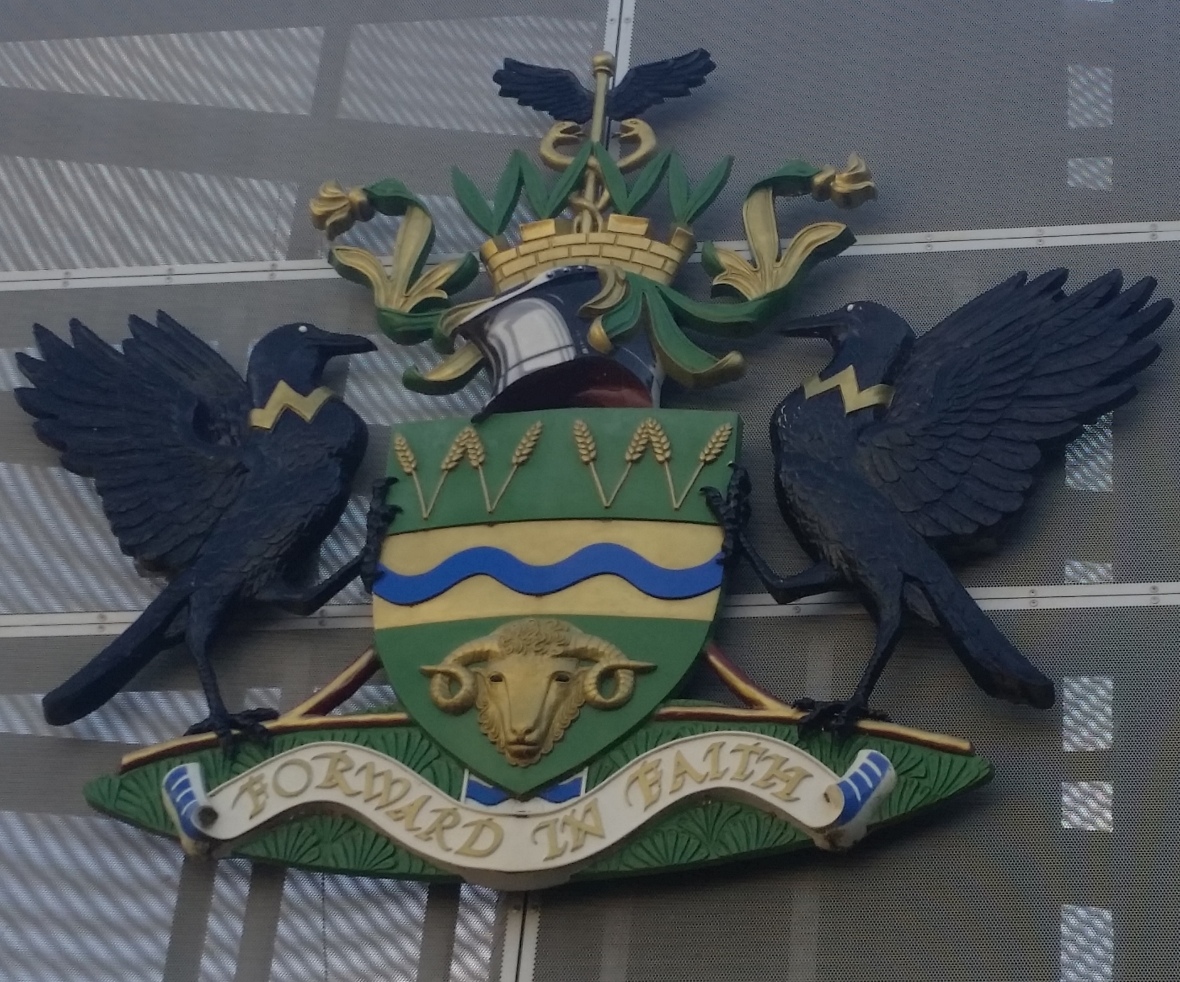 We did some stone work together – tough work in the heat!

Below is one of Wayne’s schist walls at his stone yard.

In a whole wonderous league of its own is Australian wildlife. Behold the tawny frog mouth owl. 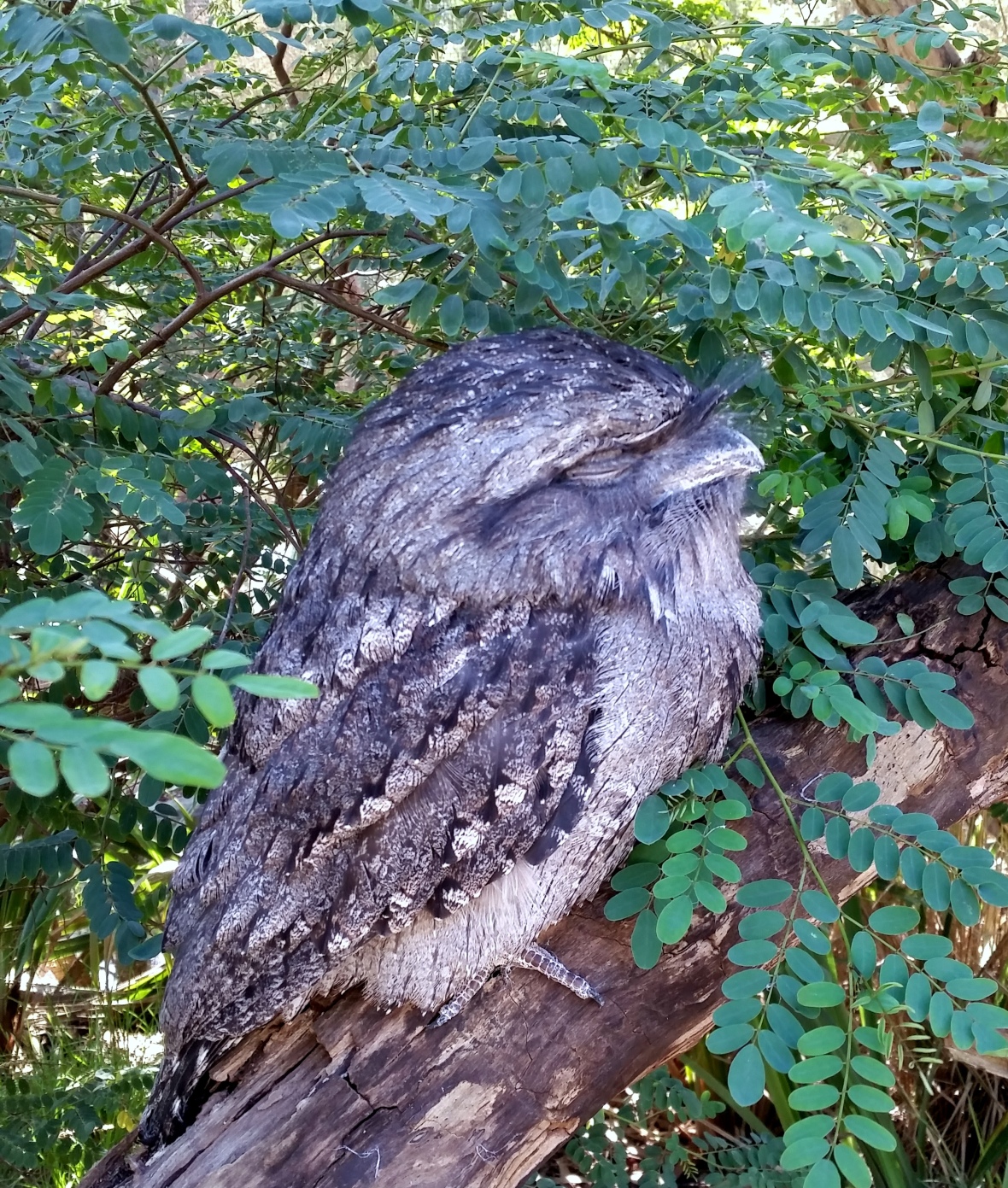 I did not get to meet, or even see any Aboriginal people during my stay.

But in a wildlife park in the Yarra region I found this little shelter –  a Gunyah – made from the bark of the eucalyptus tree.

Meet Barak – leader of the Wunundjeri people – who said:

‘Yarra is my father’s country. Me no leave it, Yarra my fathers country.’ 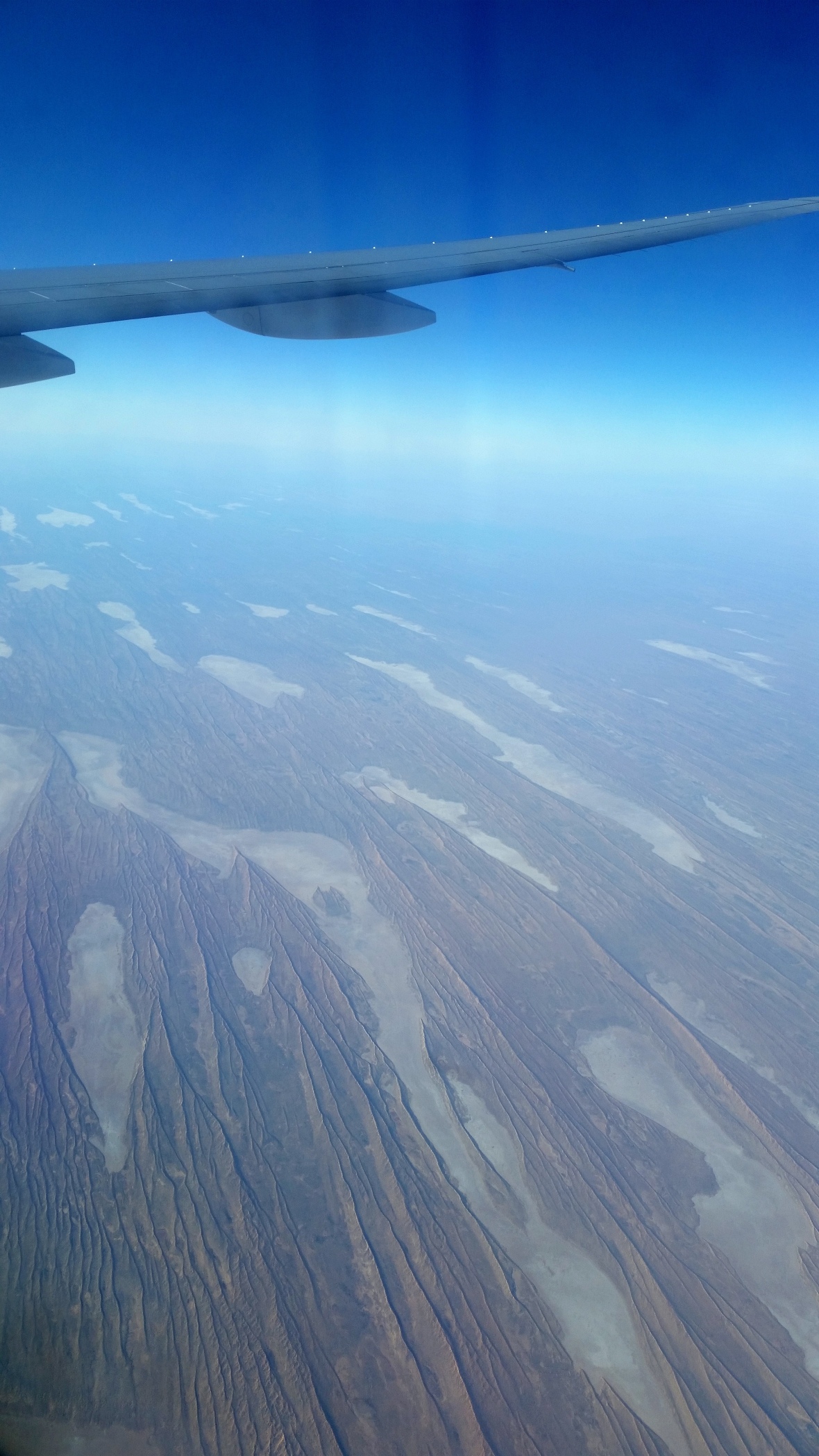 Then back home – just in time for a very special Easter Sunday.