It is 20 years since I last visited this large island in the Rosses, West Donegal 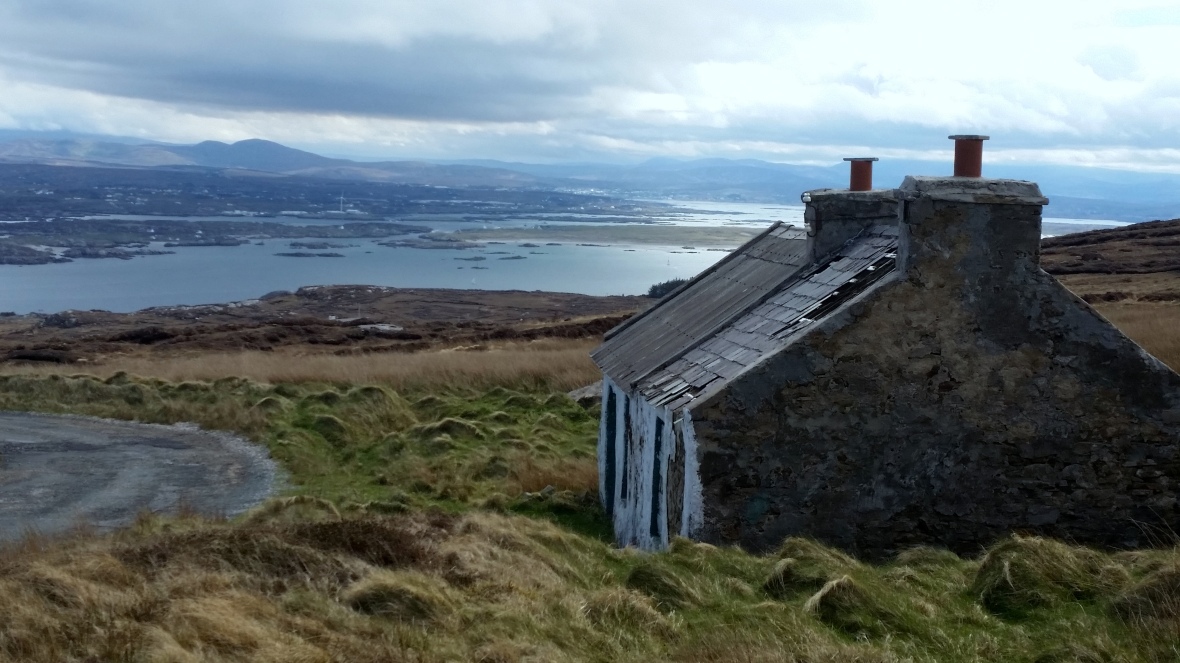 Situated next door to Owey Island it has about 500 full-time residents, serviced by two car ferries in regular daily crossings 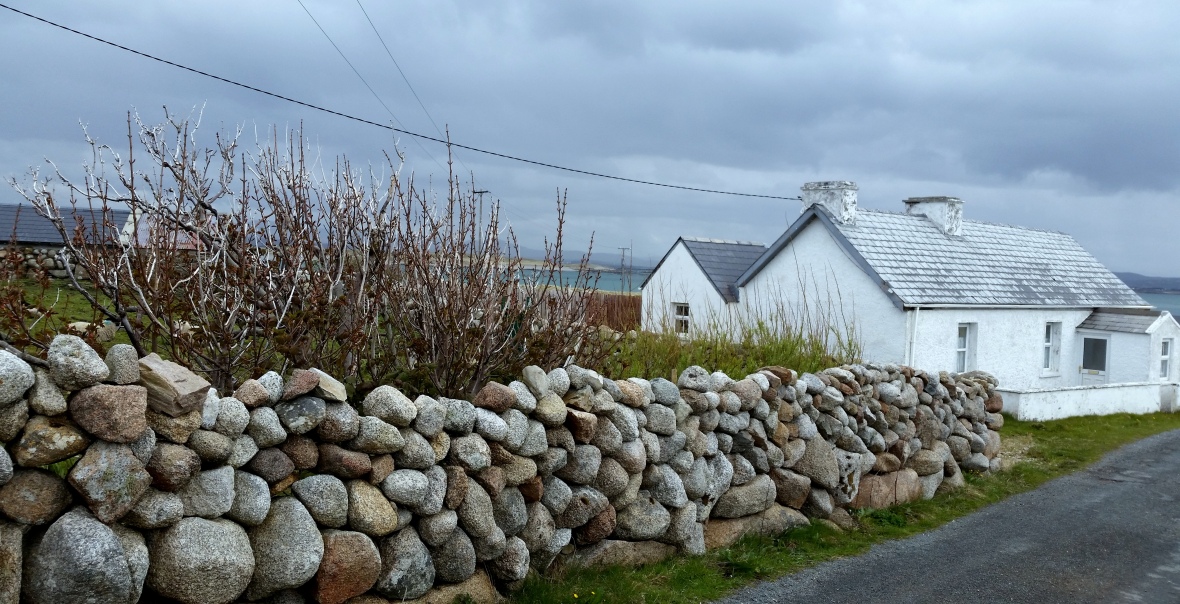 A harsh outpost, the lighthouse dates from 1798 – only gulls and sheep left here.

Here we find a pristine bog – worked with exactitude and respect – with sods carefully replaced after turf has been extracted.

Upon enquiry, we are told that the man responsible is known as ‘Donnelly’

A rigorous man who, we are told, has also built a mysterious structure high upon a hill above his bog.

We set to investigate & after a steep climb reach a beautifully crafted road.

Then at the summit we behold.. 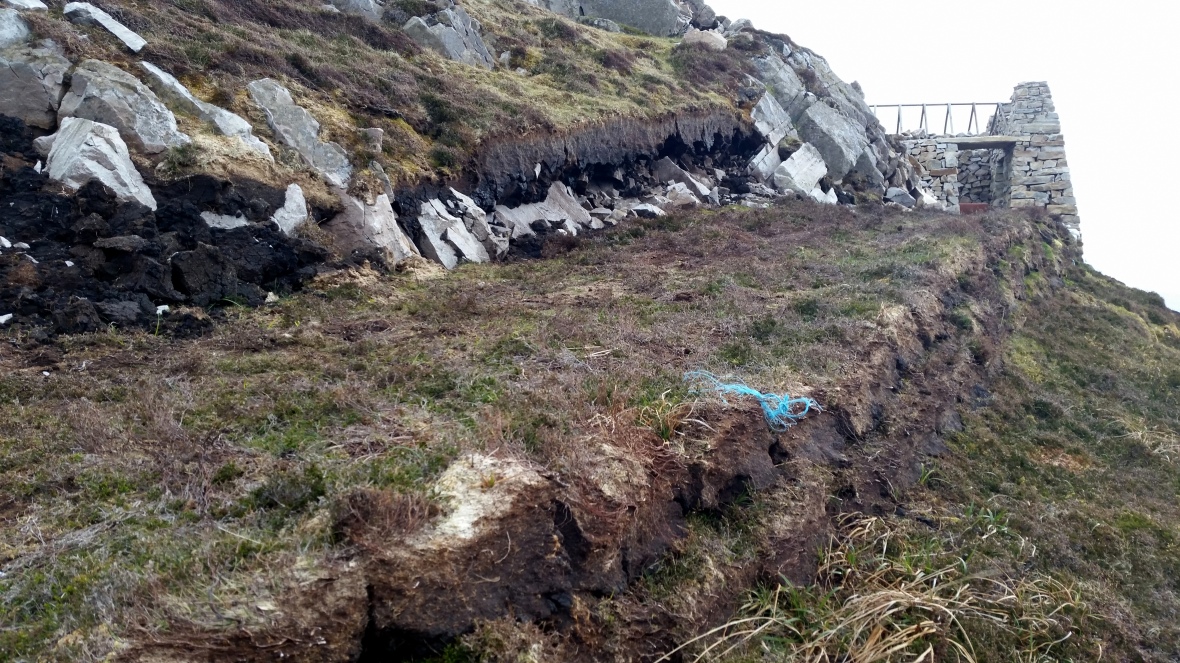 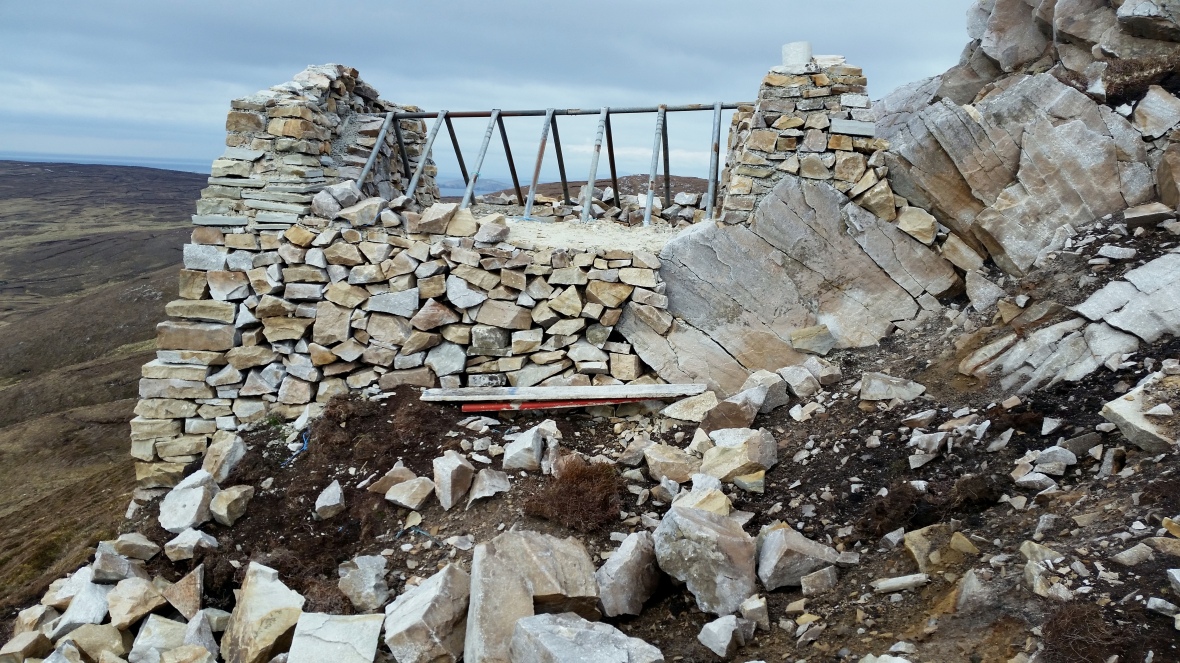 Donnelly has used a natural rock outcrop to build a cabin.

Up here, the granite is brittle & angular

Implanted into the mountainside, at the front he had to dig 10 feet down, to reach stone foundation 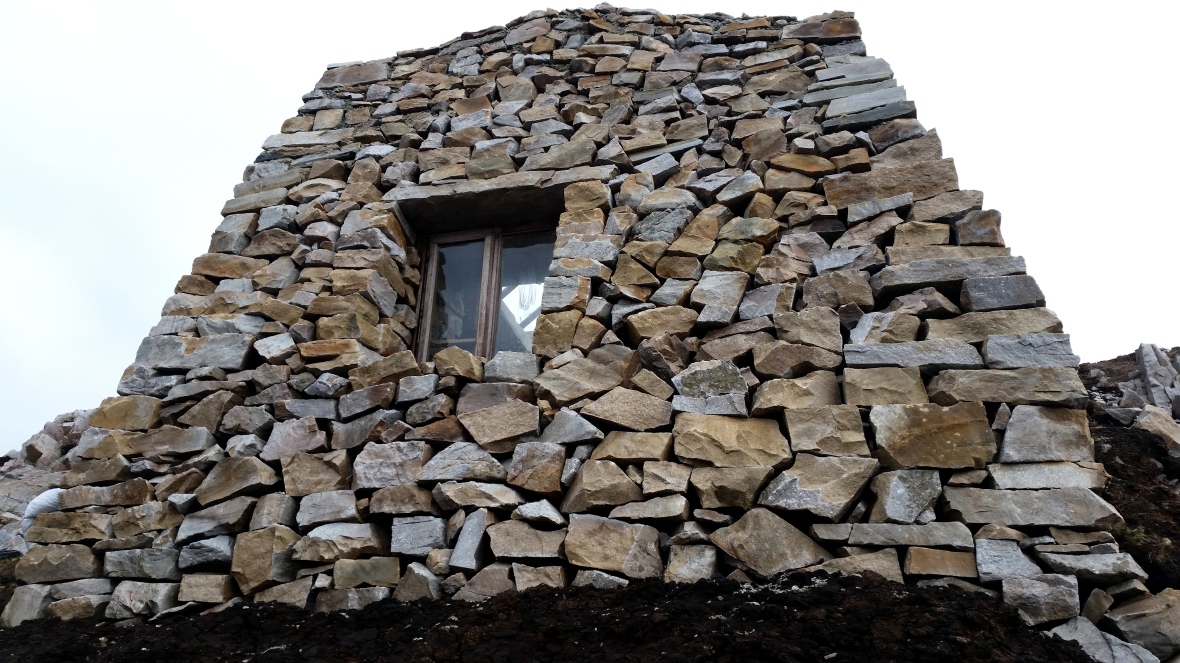 Mostly dry stone work, with a little cement towards the top, these battered walls are 4.5 foot wide at the base..

Donnelly intends to install a sod roof upon these scaffold pipes 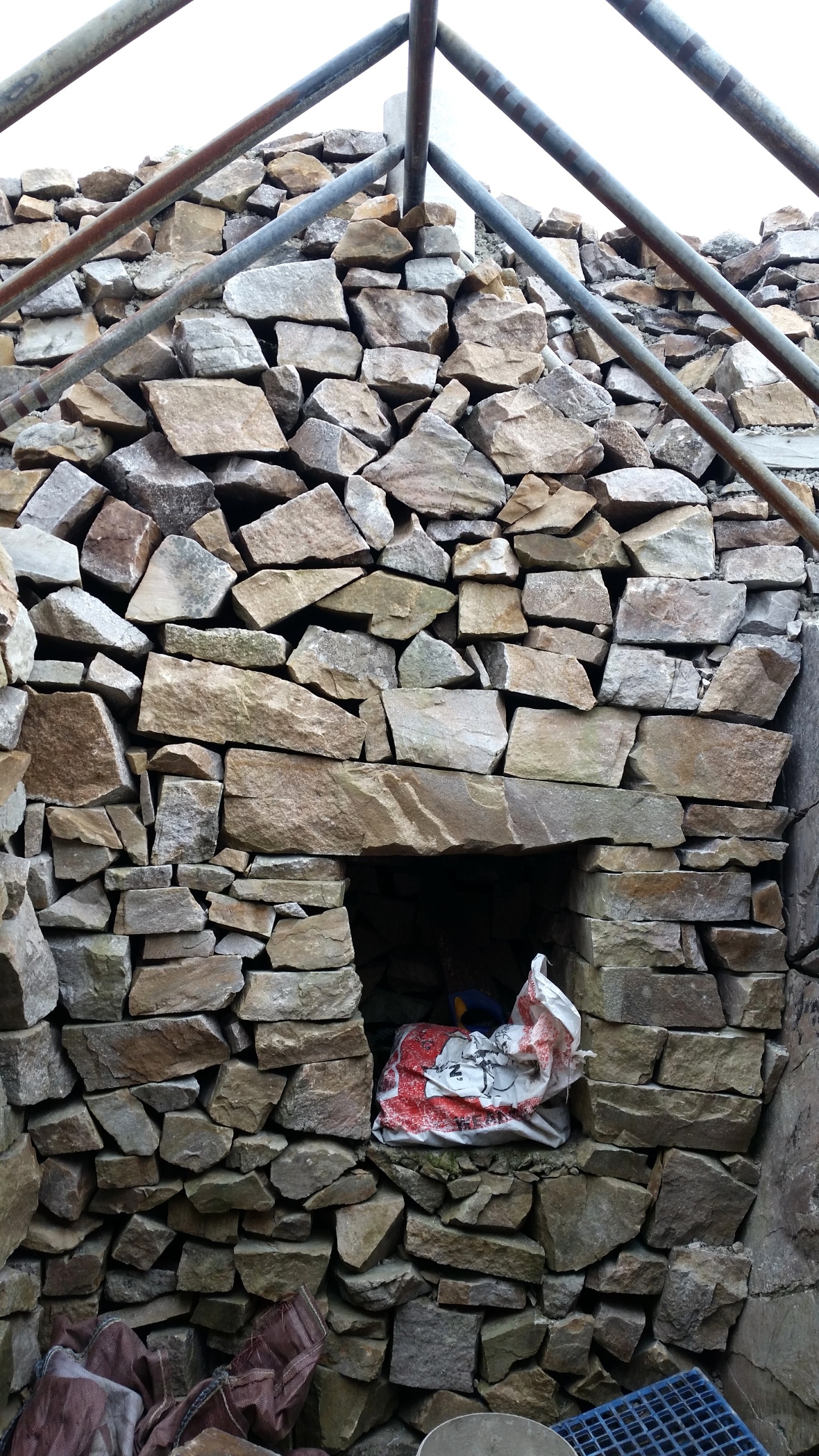 We are talking here about the labour of ONE man.

Some Irish people are plain astonishing.